Ariana Grande-Butera was born on June 26, 1993, in Boca Raton, Florida. Due to her Italian roots, she refers to herself as Italian American. Ariana has one half-brother – Frankie Grande, who is currently working as an entertainer and producer.

A star was born

Ariana Grande started prepping for being a star back when she was just a little girl. She was taking singing and acting lessons and managed to participate in the local theater scene quite early. She performed in a few musicals – “Annie”, “The Wizard of Oz”, and “Beauty and the Beast”. Her big break however came in 2008 when she landed the supporting role of cheerleader Charlotte in the musical 13 on Broadway.

In 2009, along with her co-star from the musical Elizabeth Gillies became part of the cast of the rising sitcom “Victorious”. The show gave one of the most iconic roles Ariana had – the sweet and innocent Cat Valentine. During the shooting of the sitcom, Grande was forced to dye her hair red every week, so she could fit the character of Cat. Since becoming a music star was always a dream of Ariana’s she kept working on it. She was included in the “Victorious” soundtrack and released the song “Put Your Hearts Up”, targeted to the fan-base of the show. In 2012 the show was canceled, however another spin-off featuring Ariana’s character – “Sam & Cat”. The show was on screen for only 35 episodes after it was dropped by the production. At the same time rumors about Ariana not enjoying the sitcom were all over the internet. 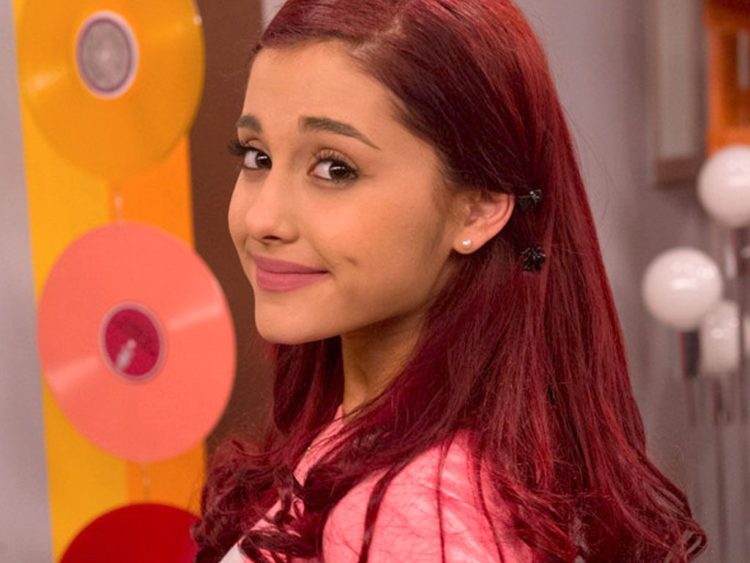 Time to “Break free” – the start of her music career

In 2013 Ariana was done with TV shows and concentrated on her music career. She released her debut album “Yours truly” with the skilled producer BabyFace. A year later her second one “My everything” came out including the top-hits “Problem”, “Break free” and “Love me harder”.In the summer of 2014, Grande released along with Jessie J and Nicki Minaj the single “Bang Bang,” a track that debuted at No. 6 and peaked at No. 3 in the United States. Part of “My everything” album was also the single “One Last Time,” which made it to number 13 on the US Billboard Hot 100. 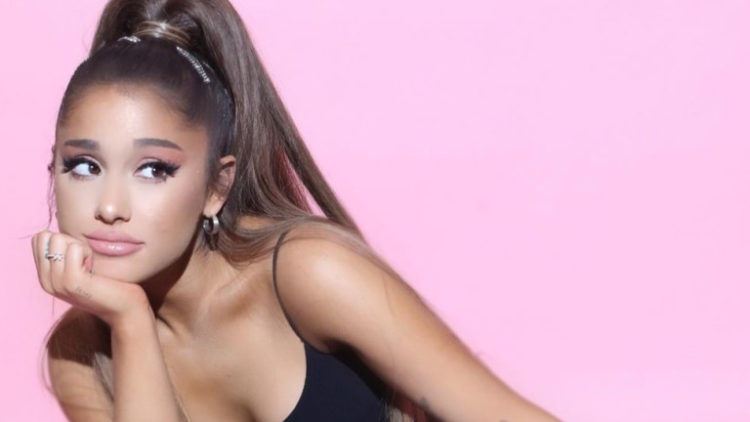 In 2015 Ariana release a Christmas album “Christmas and chill” and later on – her single “Focus” hit number 7. In 2016 she released the “scandalous” album “Dangerous woman” which brought her incredible success – she became the first artist to have the lead singles from her first three albums debut in the Top 10.

In April 2018 she came back to the scene with her song “No Tears Left to Cry,” followed by “God is a woman” and “Breathing”. The songs were included in her album “sweetener”. At the time Grande was dating Pete Davidson announced their engagement in June of that year. Sadly they canceled their engagement and ended their relationship in October 2018.

A month later her song “Thank you, next” was released. The song was an open letter to all her past lovers and was highly influenced by the movie trends in the 90s. As a true millennial Grande included in the video beloved characters from “Mean Girls”, “Legally Blonde” and “Clueless” – iconic teen movies. In January 2019 her album “7 rings” came out including the provocative song “Break up with your girlfriend, I am bored”.

After working together on the single “The Way” with Mac Miller in 2012, the two musicians began dating in 2016. They release the single “My Favorite Part” in September 2016, on Miller’s album “The Divine Feminine”  On September 7, 2018, Miller died due to an accidental drug overdose; The couple was separated since May 2018, however, Grande expressed grief over his death and referred to him as a “dearest friend.”

Ariana’s social media and net worth

Ariana Grande became the first female to ever reach 200 million followers on Instagram, beating both Kim Kardashian and Kylie Jenner. Currently, she rules the platforms Twitter, Facebook, Instagram, YouTube, Google +, Tumblr, and the beloved Snapchat (name: moonlightbae). Her net worth is 150 million dollars. 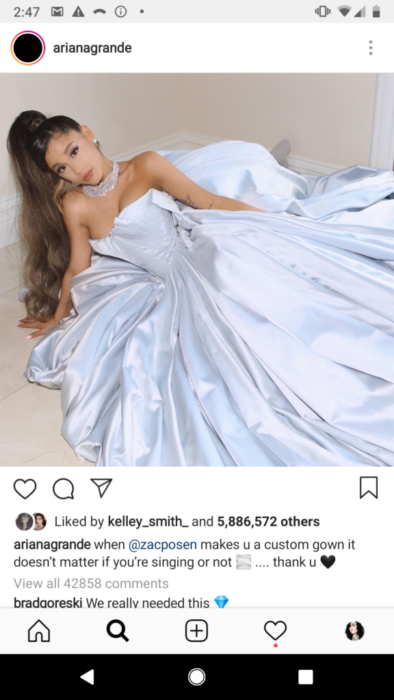 The tragic concert in Manchester Arena

On May 22, 2017,  during her concert at Manchester Arena a suicide bombing occurs —a shrapnel-laden homemade bomb detonated by an Islamic extremist as people were leaving the stadium. This has caused 22 deaths and injured hundreds more. Grande was deeply sorry and decided to suspend the tour. Later on, she held an online benefit concert, called “One Love Manchester”, which rose $23 million to aid the bombing’s victims and affected families. Ariana’s video to her song “One more time” was also dedicated to the sad event.

Ariana continued her career by collaborating with a few of her colleagues and created the songs “Rule the World,” with 2 Chainz, “Monopoly,” with Victoria Monét, and “Boyfriend,” with Social House. Later that year Grande, Miley Cyrus, and Lana Del Rey recorded the single “Don’t Call Me Angel,” from the Charlie’s Angels soundtrack. In 2020 she came out with “Stuck with you” with Justin Bieber and “Rain on me” with Lady Gaga. 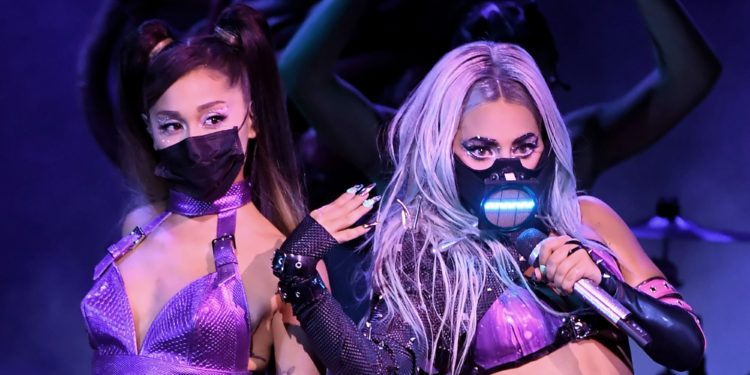