Jason Thomas Butler Harner is one of the versatile actors. Born on October 9, 1970, the now 49 years old has already built his name in the industry. Growing up, Harner was exposed to acting. He was born in Elmira, New York, and spent most of his childhood in suburban Northern Virginia, wherein he was able to witness a handful of plays at Washington, D.C.’s Arena Stage.

In 1988, Harner graduated from high school at T. C. Williams High School, Alexandria, Virginia. He is the president of the drama club. However, Harner spent most of his time building sets rather than acting. He has a lot of family members who were plumbers and carpenters. Hence Harner decided that he is more productive doing sets.

After graduating from high school, Harner worked as an usher at the Eisenhower Theater, part of the Kennedy Center in Washington, D.C. In 1992, Harner graduated from VCU, holding a Bachelor of Fine Arts in acting. After Harner graduated from VCU, he became an apprentice at Actors Theatre of Louisville. Afterward, he moved to New York City and achieved his Master of Fine Arts in the Graduate Acting Program at Tisch School of the Arts in 1997. Harner then made his comeback at VCU as a Master Teacher in their Guest Artist program in 2007-2008.

When it comes to his own life, Harner is pretty much private about it. Fans only know his career move, but not his personal life. There are no reports about his wife girlfriends, who he dated or even partners. Speculations revealed that Harner was called gay, for not having a girlfriend or wife. However, the issue remained to be a rumor. It goes to show that Harner wants his life to be private.

According to the 2015 reports, Jason Thomas Butler Harner has an estimated net worth of $700,000. However, he has been active with his career. Thus, figures may be higher. After all, his said net worth is from 2015.

Throughout his career, Harner had appeared in different series and films. He is part of the HBO miniseries, where he played Oliver Wolcott Jr., who is the second United States Secretary of the Treasury, in John Adams. He also cast as Silas Hunton, who is a regular character in Possible Side Effects. In 2012, he played as the Associate Warden Elijah Bailey “E.B.” Tiller on the Fox series Alcatraz. 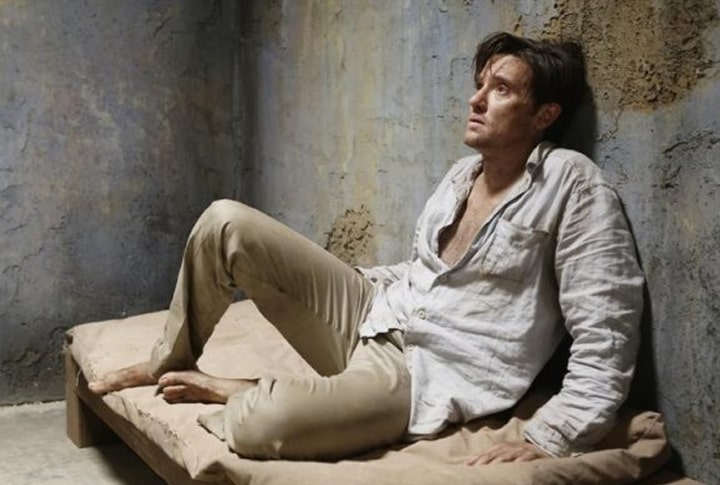 In 2010, Harner made his debut in London Theater. He is part of the Lanford Wilson play Serenading Louie at Donmar Warehouse, London, England. Harner also has an upcoming crime drama-science fiction series in FOX. The show will reportedly air this 2020.

Jason Thomas Butler Harner is also active on Twitter, where he vents out his disappointments with the government.

Here Are Some Latest News About Jason Thomas Butler Harner: