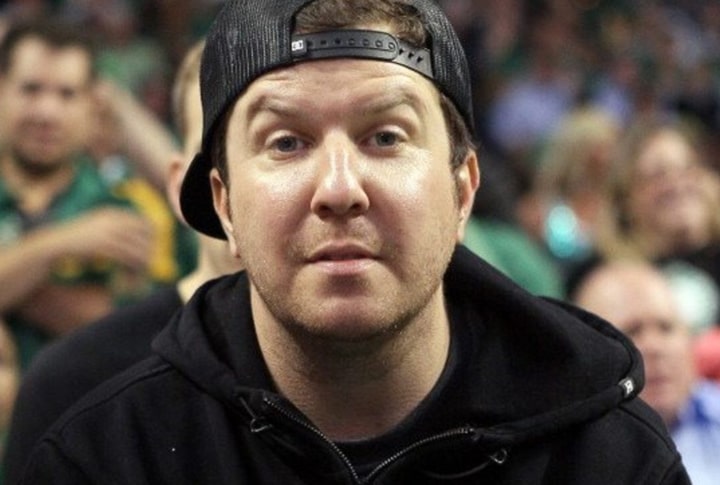 Nicholas Roger Swardson is a celebrity that has a lot of credits under his name. He is an actor, screenwriter, and producer. Swardson is best known for playing the role of Terry Bernadino in the hit comedy series Reno 911, under Adam Sandler’s Happy Madison Productions. He also has his own comedy series called Nick Swardson’s Pretend Time.

Nicholas Roger Swardson is born on October 9, 1976, which makes him 43 years old today. He is a native of the Minneapolis–Saint Paul area. Swardson attended St. Paul Central High and started performing improve comedy and acting at the age of 16. However, he is quite a mischievous student who got involved in drugs, alcohol, and fighting while in school. He was then enrolled in a rehab program while he is still studying.

In 1996, after Swardson graduated high school, he pursued stand-up comedy instead of attending college. Although Swardson is a fan of sketch comedy, he found an opportunity with stand-up comedy as a stepping stone for him to have a career in film. Especially he is working within a comedy troupe.

Throughout his career, there is only one reported relationship that he has. Hence the speculations that he is gay has been debunked. Swardson is also not engaged nor has a rumored current girlfriend. He wanted to keep his personal and love life private and away from the gossip.

Being in the industry for quite a long time, Swardson has gained a lot of projects. He was able to have a net worth of $12 million, as of the year 2020. It will surely be higher as Swardson has upcoming films.

On October 12, 2010, Nick Swardson’s sketch comedy show titled Nick Swardson’s Pretend Time, premiered on Comedy Central and was able to run for two seasons. The show was also produced in partnership with Happy Madison Productions. In 2011, Nick Swardson starred in, co-produced, and co-wrote the film Bucky Larson: Born to Be a Star that is also produced by Happy Madison Productions. In the same year, Swardson starred together with Danny McBride, Jesse Eisenberg, and Aziz Ansari in the film 30 minutes or less.

Since the year 2000, Nick Swardson made different movies and TV appearances. Some of the hit movies that he is part of Just Go With It, That’s My Boy, Grown Ups 2, Hotel Transylvania 2, and The Do-Over. In 2020, Swardson will appear in the upcoming movie The Wrong Missy, playing the role of Nate, but the movie is currently at post-production.

Here Are Some Latest News About Nick Swardson: