When it all began

The story of the popular pop-rock music band starts in the yearly 90s – 1994 to be exact. Back then the 4 initial members of the group – Adam Lavine, Jesse Carmichael, Mickey Madden, and Ryan Dusick were schoolmates in the Brentwood School, Los Angeles, California. At first, they form a rock band called Kara’s flowers while they are still high-schoolers and record their first album We Like Digging? by themselves.

In 1997 the band signed with Reprise Records and released the album The Fourth World. The album does not get the desired comments and attention, so the record label dropped the band, and their member decides to focus strictly on college. Dusick and Madden stay home and decide to attend college locally at the University of California, Los Angeles, while Levine and Carmichael move to the East coast and go to the Five Towns College, in Dix Hills.

In 2001 the band reunited after few years of college life. They change the name to Maroon 5, where the “5” stands for the new 5th member they added to the group – the guitarist Valentine. The group has a completely new style influenced by their new views of life. In June 2002 after hearing the song “Sunday Morning” the independent record label Octone Records, signed with Maroon 5 and releases the group’s debut album Songs About Jane. The album gets really popular and in 2005 it wins the Grammy Award for Best New Artist. In 2006, however a change in the group takes place – Dusick left the band after suffering from serious wrist and shoulder injuries. Later on, he gets replaced by Matt Flynn. 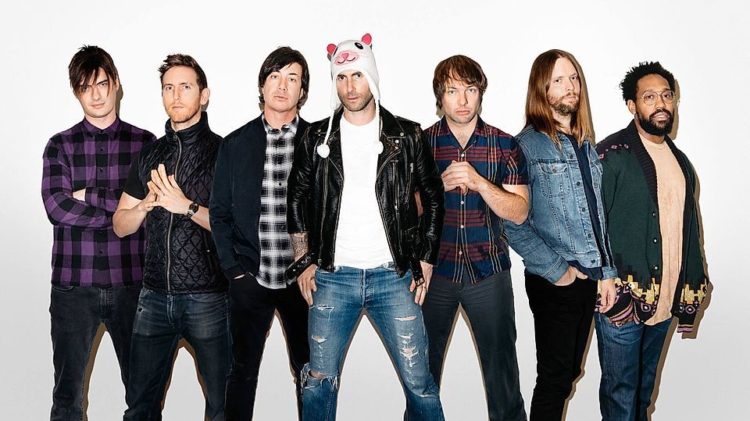 “Makes me wonder” – The First Number one single for the band

The band releases their second album It Won’t Be Soon Before Long in May 2007. Right after releasing it, the album becomes number one on the US Billboard 200 chart, and their signature song “Makes Me Wonder”, is the band’s first number-one single on the Billboard Hot 100.

In 2010, their third album becomes reality – Hands All Over. Interestingly, it gets re-released a year later since the band decides that it should also include the single “Moves like Jagger”.

In 2012, another member decides to leave the group – Jesse. He was replaced by musician PJ Morton. Right after welcoming the new member, the band released their fourth album Overexposed. The song “One More Night” from the albums gets on top of the Billboard Hot 100 chart for nine consecutive weeks, which leads to great success for the band. 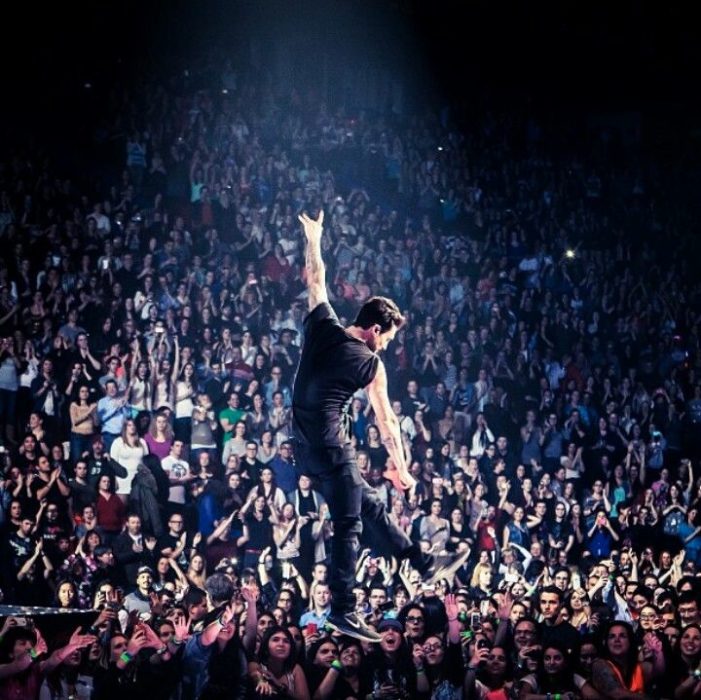 Welcome back to the group, friend

In 2014, Jesse Carmichael gets back with the band. The six musicians record the fifth album V, which was signed to Interscope Records and Levine’s label 222 Records. After the release of V, the album gets to number one on the Billboard 200. In 2016, Maroon 5 add another team member- their long-time collaborator Sam Farrar. The band releases its sixth studio album Red Pill Blues, in November 2017. The newest album was quite different – this one was influenced by the R&B music style with the four singles: “Don’t Wanna Know”, “Cold”, “What Lovers Do”, and “Wait”.

The movie, the tour, and the sad goodbyes

2020 was indeed an eventful year for the whole world but it was indeed a hard one for the group. After losing their childhood friend and Jonah Hill’s older brother – Jordan Feldstein in December 2017 the group releases the heartbreaking song “Memories” dedicated to him.

The group confirmed that there is a movie coming about the group and they are working on the 7th album, which will be released in 2021.

In the meantime, the world tour of Maroon 5 was moved to 2021 due to the Covid-19 pandemic.

Maroon 5 is no stranger to social media and their accounts across the platforms are impressive with over 8 million followers on Twitter, Instagram, and Facebook (@maroon5). The lead singer of the group participates in the TV show “The Voice” as a judge for a few seasons which makes the group even more popular.