Kylie Kristen Jenner is born on August the 10th 1997 in Los Angelis, California, with parents Kris Jenner and Bruce Jenner (now known as Caitlyn Jenner). She is the younger of the six children in the Kardashians family and mother of Stormi Webster.

Life on screen – the Era of the Kardashians

Kylie Jenner is mostly known in the publicity for her role in the famous “Keeping up with the Kardashians” TV show, which describes the personal and professional aspects of their family lives. In 2007, along with her parents Kris and Bruce, her sisters – Kendall, Courtney, Kim, Chloe, and their brother Robb started the tv series, and they are on their 19th season. In the meantime, a few spin-offs of the show were created – “Kourtney and Kim Take Miami”, “Kourtney and Kim Take New York”, “Kourtney and Khloé Take The Hamptons” and of course – Khloe and Lamar, where Jenner has appeared as a guest numerous times. Kylie also took participation in a few music videos – PartyNextDoor’s “Recognize”, Jaden Smith’s “Blue Ocean”, Ariana Grande and Justin Bieber’s “Stuck with U”, and Cardi B and Megan Thee Stallion’s WAP music video and many more.

In 2015 Kylie’s name start getting associated with her full lips – due to the lip injections the star gets the same year. Later on, this fame brings her to the creation of her iconic Kylie Lip Kits who get sold out in a swift second. In February 2016, the star decides to rename the company to Kylie Cosmetics. Her range of lipsticks multiply and had great success – in 2018, according to Forbes Kylie Cosmetics was valued at USD 800 million. Of course, the young self-made billionaire has expanded her business, including brush set, blushes, and concealer. A year later, after collaborating with her half-sister – Kim Kardashian West, Jenner start a new line – Kylie Skin, producing derma products. Ever since the launch of it on the 22nd of May 2019, Kylie skin had come up with different collaborations with the rest of the Kardashians family. 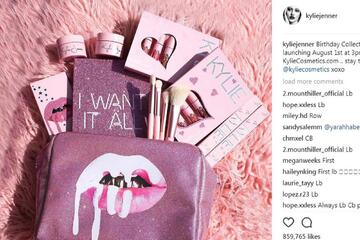 In August 2014, Kylie Jenner and Tyga started appearing on social media, right after Tyga was seen at the Jenner’s 17th birthday party. Shortly after that, the rapper breaks his engagement with his fiancé, Blac Chyna, regardless of their three years long relationship and two years old kid.

In 2015, Tyga gifts Kylie her first $320,000 Ferrari for her 18th birthday, which makes their relationship official.

Two years later, the couple breaks up, stating their breakup didn’t end up with a huge scandal, but Kylie was reconsidering how to spend her years as a young influential woman. The same month, however, Kylie and Travis Scott became a couple, although they were keeping it a secret. The secret was revealed on February 4, 2018, when they posted on social media platforms about the birth of their daughter – Stormi, born on February 1. In September 2019, rumors about Scott cheating on Kylie paused their relationship, and the couple stated that they still love each other and are focused on co-parenting Stormi. In the meantime, YoungSweetRo was announced as Travis’s alleged mistress. 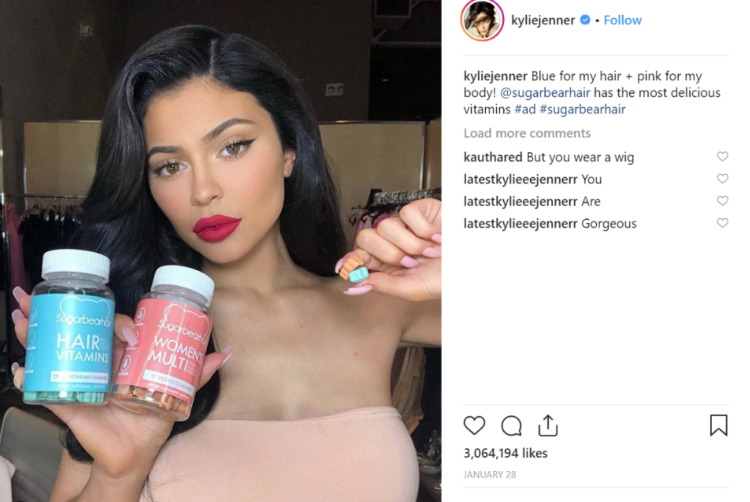 On top of the Social media platforms

The young star is known for her extremely engaging and honest posts. This is why when she disappeared from the platform for a few months her followers were shocked. Rumors about her stolen identity were taking over the internet until she revealed her biggest secret. The reason for this “social media vacation” was indeed the birth of her daughter Stormi. Kylie announces the newest member of the family with a heartwarming video on Youtube, and now Stormi is a regular “guest” in Jenner’s social media appearance.